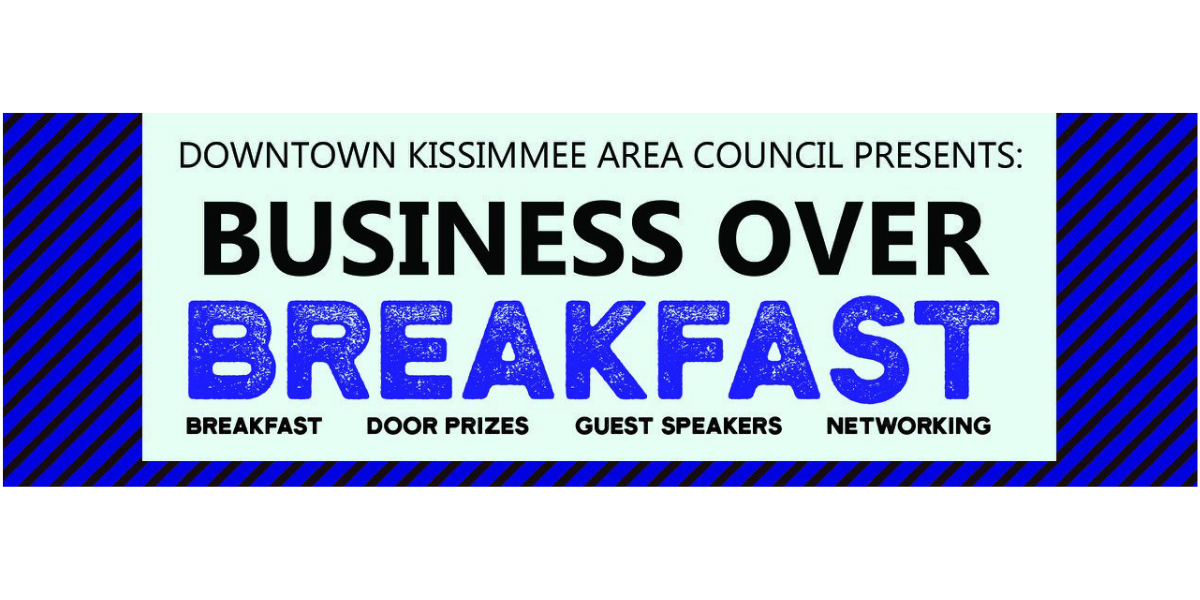 The DKAC presented their second Business Over Breakfast of the year on June 6.  Officer Scott Reaves presented a room of about 65 people with CRASE:  Civilian Response to an Active Shooter Event.  We were surprised to learn that over 50% of active shooter events happen at places of business, and only half of those are committed by a shooter with a connection to the site.  Some tips from this presentation include:

At the Business Over Breakfast, the DKAC helped Chamber Chairman Rob Rosen honor Back the Blue Award recipients from the Kissimmee Police Department for January, February, March, & June. Corporal Charlie Popp with Major Crimes was honored for January.  Officer Darius Benjamin was named the February recipient for his dependable but calm demeanor in high-stress situations.  Detectives JP Antepara and Justin Lunsford were the co-March winners for their dedication to the preservation of lives of others while risking their own.  Officer Emerson Godin-Koehler was named the June winner for his life-saving efforts during a recent traffic incident.  Officer Cyle Smallwood was honored as the April recipient at a separate event back in April. Congratulations to our officers of the month, and thank you for all you do to keep our community safe!

Business Over Breakfast was sponsored by Kissimmee Utility Authority and the City of Kissimmee.  Attendees enjoyed breakfast catered by Big John’s Rockin’ BBQ.