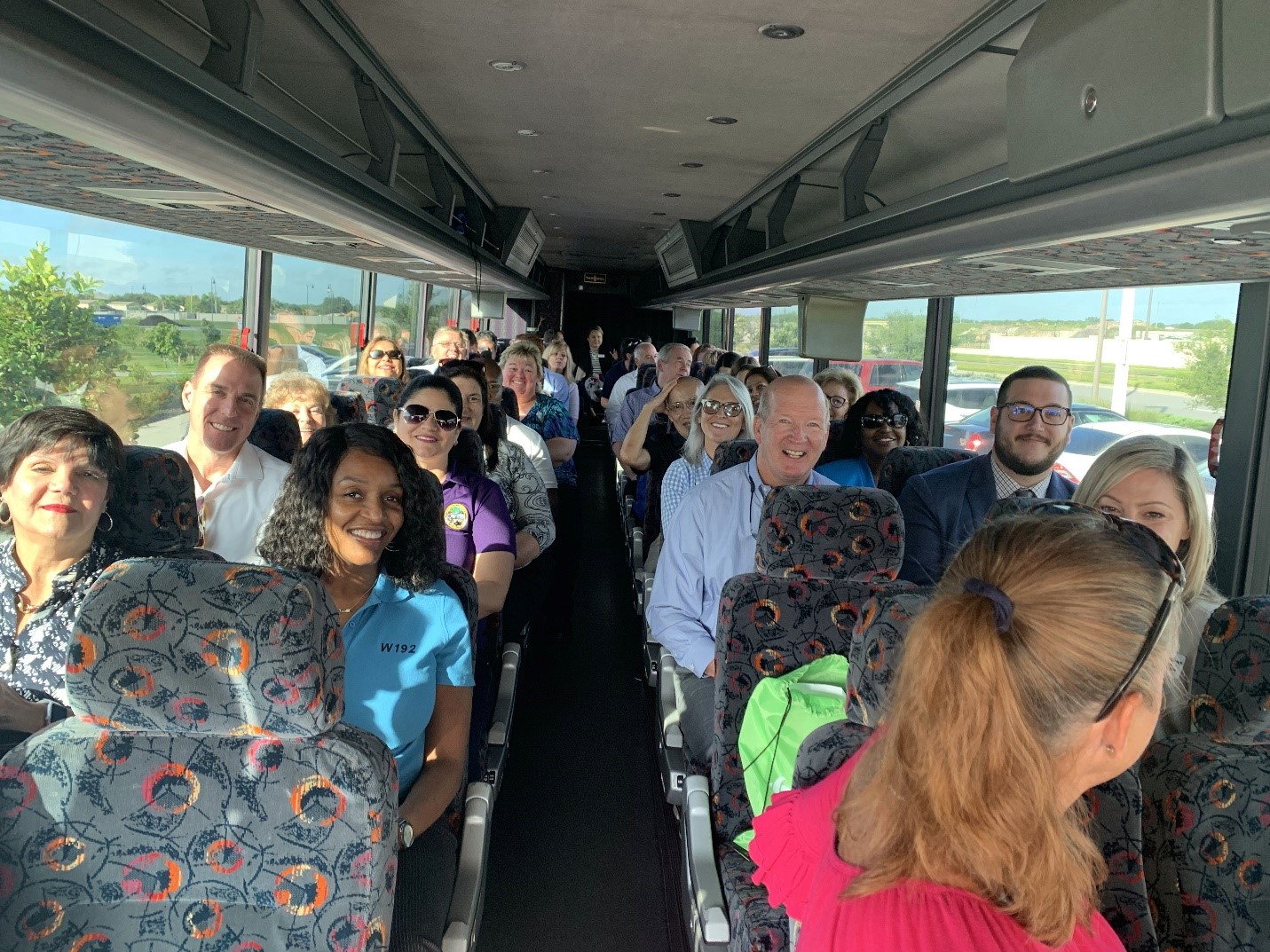 The Four Corners Area Council held their biennial bus tour of the Four Corners region this past August 21st.  The morning began at Island Grove Wine Company at Formosa Gardens with a light breakfast before attendees boarded the bus. The tour was attended by people with businesses or business interests anywhere within the Four Corners regions of Lake, Orange, Osceola, or Polk County.

Here are some updates from the Central Florida Expressway Authority and Lake, Orange, Osceola, and Polk planners and commissioners that pertain to the Four Corners area of their respective counties.

Half of Polk County’s 700,000-strong population lives in this northeast part of the County, but the area has half of the lane miles of the rest of the county.  John Bohde, Land Development Director, and District 4 County Commissioner Dr. Martha Santiago joined the tour as representatives from Polk County.

Lake County is the smallest geographically and population-wise of the counties that make up the Four Corners.  It is comprised of 14 municipalities and is known for its natural Florida landscapes.  About 18,000 people live in the Lake County portion of the Four Corners, and if the region were to be compared with the other 14 municipalities in the county it would be the 5th or 6th largest and have the youngest median age.  District 1 Commissioner Timothy Sullivan and Elevate Lake Executive Director Brandon Matulka represented Lake County.

Much of Orange County’s land along and around Highway 192 in the Four Corners region is either wetlands or undeveloped.  Orange County plans to develop the undeveloped portions within the next year.  Steven Thorpe with the planning division represented Orange County.

In addition to our speakers and county representatives, the 4CAC is indebted to Duke Energy for sponsoring the Bus Tour this year, as well as Bahama Bay Resort for sponsoring the lunch, Universal Engineering Sciences for sponsoring breakfast, and supporting sponsorship from Four Corners ER and CenterState Bank.  Continued support for this event is also appreciated from Pegasus Bus and Island Grove Wine Company at Formosa Gardens.