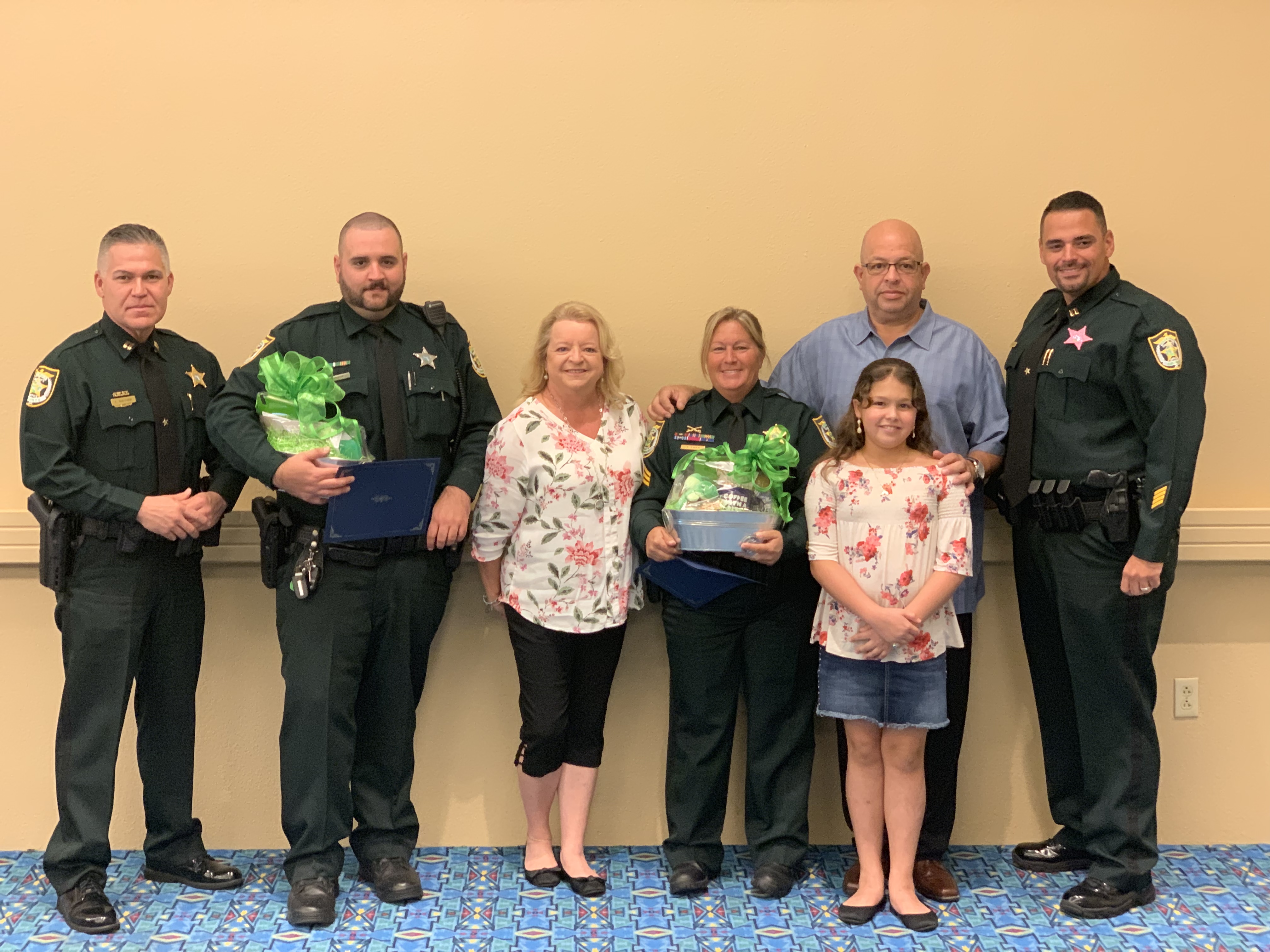 Last month the Osceola Resort Area Council Board of Directors took time during their meeting to recognize the third quarter winners of the Chamber’s Back the Blue Awards.  Since April, ORAC has helped recognize outstanding law enforcement employees at the Osceola County Sheriff’s Office.  For the third quarter of 2019, the Back the Blue recognition went to Sergeant Sharise Swan and Deputy Alexander Hogue.  The awards were presented at ORAC’s October Board meeting at Disney’s Coronado Springs.

The Back the Blue recipients are chosen nominated and selected by a team of their peers at the Sheriff’s Department, who them recommends them to ORAC and the Chamber for the award.  ORAC previously recognized Sheriff’s Office employees at their June Tourism Safety Summit and at a special Back the Blue kickoff in April.

Sergeant Sharise Swan has been with the Osceola County Sheriff’s Department for over 21 years and was promoted to Sergeant last year.  She became a Master Deputy in 2015 and has previously worked as a field training officer, and in patrol, mounted patrol, property crimes, and the Tourist Policing Unit.

Deputy Alexander Hogue recently played a crucial role in rescuing a civilian from his vehicle as it was engulfed in flames following an accident.  Deputy Hogue worked as a team with fellow officers from the Osceola Sheriff’s Department, the Orange County Sheriff’s Department, and Osceola County Fire and Rescue to save the individual’s life despite frightening and dangerous circumstances.

Congratulations to our Back the Blue honorees!  Thank you for your service to our county!