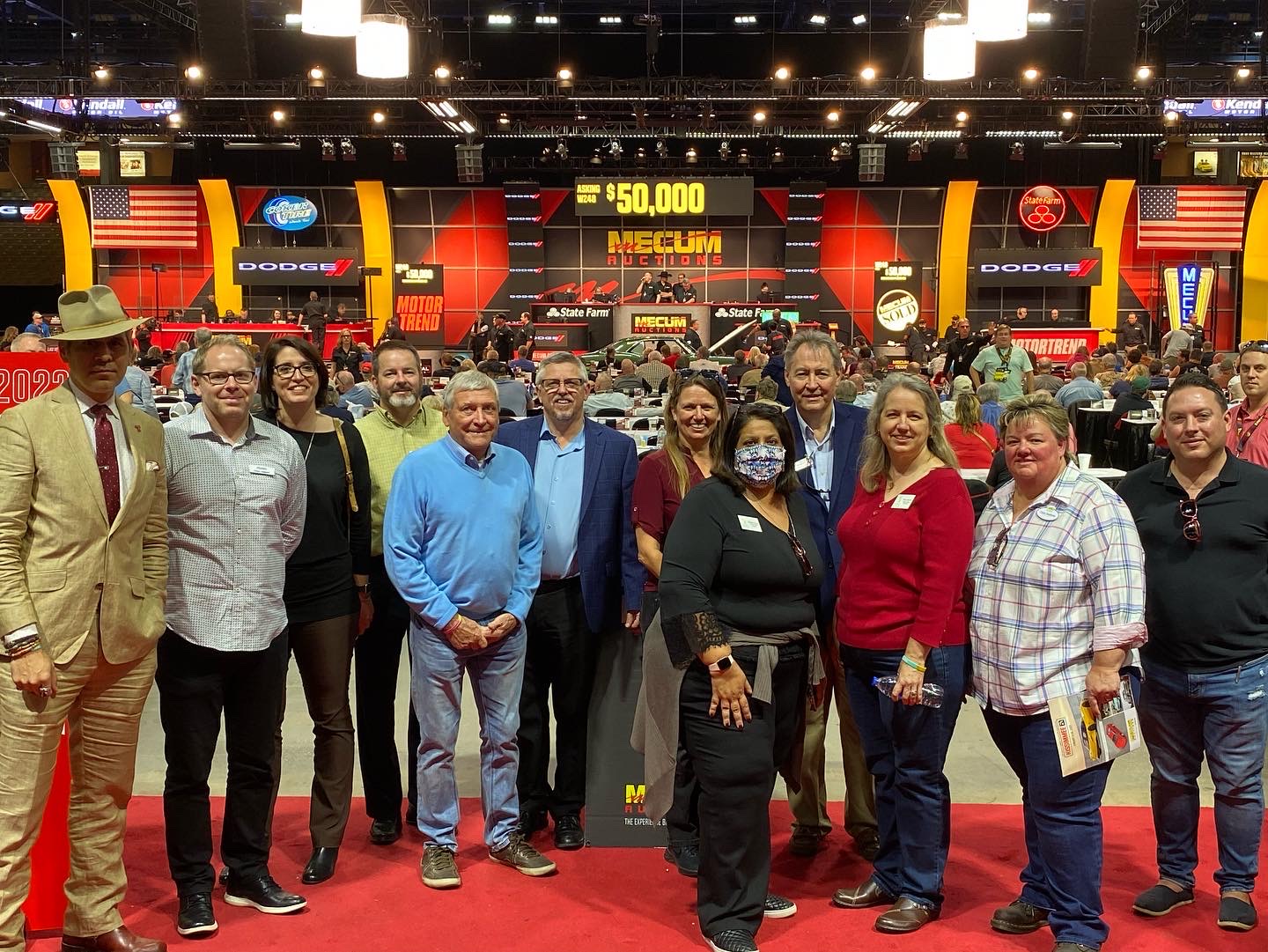 Last year, as we began the pandemic recovery process, the Chamber launched our Osceola Round-Up series to help drive traffic to our local attractions, activities, and entertainment venues. This series, which allows members to enjoy a new experience in the company of other Chamber members, is back in 2022!

This year, there will be a new twist to the Osceola Round-Up. Each event will be hosted by one of our eight area councils. The featured attraction will have something in common with that council’s geography or demographic. We were thrilled to kick off the new year with the first of these Osceola Round-Ups this month at Mecum Auto Auctions at Osceola Heritage Park. Our Osceola Resort Area Council, which focuses their efforts on the tourism and hospitality industries, hosted this first Osceola Round-Up. Attendees were treated to a special cocktail reception at the event at which we heard from Mecum CEO Dave Majors, CEO of event partner Experience Kissimmee DT Minich, ORAC Chairman Thearon Scurlock of Old Town, and several of our event sponsors.

Attendees then broke into groups for a special behind-the-scenes tour of the auction. The first stop was the glass structure visible from 192 that houses the auction’s premium vehicles. These included a car featured in the 1946 film It’s a Wonderful Life, cars used in the Fast and the Furious franchise, and a curious coffin-shaped roadster called “Dragula.” The tour then proceeded to the live auction, where the groups went behind the auctioneer’s stand and watched as car after car went on the block. The room was full of bidders ready to spend money on these amazing and diverse cars, which led to Mecum breaking their daily record day after day of the event. By the auction’s end, Mecum had not only smashed last year’s event record of $42 million in sales, but had also obliterated the world record of $176 million with an astounding $217 million. The Mecum Kissimmee auction became the first auto auction to break $200 million in sales.

It is the opportunity to highlight unique attractions and events like Mecum that play a role in our community that makes the Osceola Round-Up really special. The next event will be hosted by the Celebration Area Council at Xtreme Ninja Challenge located at Old Town on February 22nd. You can register to join us at that event on our website.

The January Osceola Round-Up was sponsored by Old Town, Ford Insurance, The Marketects, and Osceola History and was presented via a partnership between ORAC/the Kissimmee/Osceola Chamber, Experience Kissimmee, and Osceola Heritage Park.