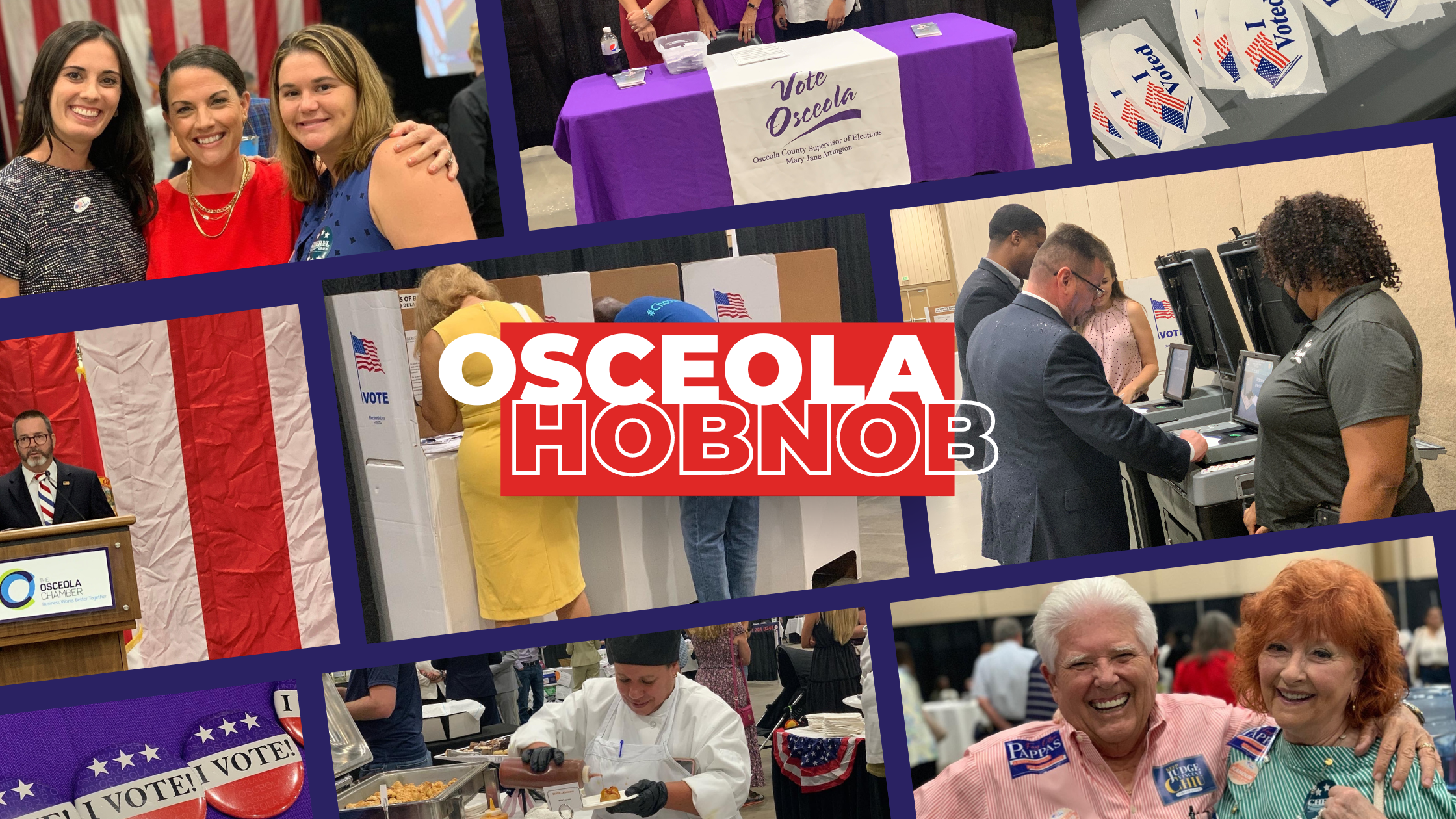 On Wednesday, July 20, The Osceola Chamber hosted an in-person Hob Nob at Osceola Heritage Park for the first time since 2018.

All candidates running in races that touch Osceola County at the local, state, or national level were invited to pre-record a brief statement for the event to help event attendees become better acquainted with their platforms and positions.  These video statements played in loop throughout the event and may be viewed below.

In addition, all candidates were invited to participate in the event with a physical booth space alongside our sponsors and other member businesses.  Candidates with booth spaces also participated in a “Parade of Candidates” emceed by Chamber President/CEO John Newstreet.

Said John Newstreet, “The Osceola Chamber was pleased to host our Hob Nob for the community.  As the saying goes, ‘Elections have consequences,’ and businesses of all sizes are feeling great pressure today and for the foreseeable future due, in large part, to decisions made by elected officials.  Attendees were able to engage candidates, vote in our straw poll, and build their network.  The event showcased candidates across the spectrum on the Osceola ballot and highlighted how ‘Business Works Better Together.’”

All ticketed attendees had the opportunity to vote for their favorite candidates with a straw ballot provided by the Osceola County Supervisor of Elections office.  Votes were tabulated at the end of the evening.

Straw poll results for the contested races were as follows:

The Osceola Chamber Celebrates our Community at Experience Osceola

Saturday, June 18 was a hot Florida summer day, but that didn't stop our amazing…