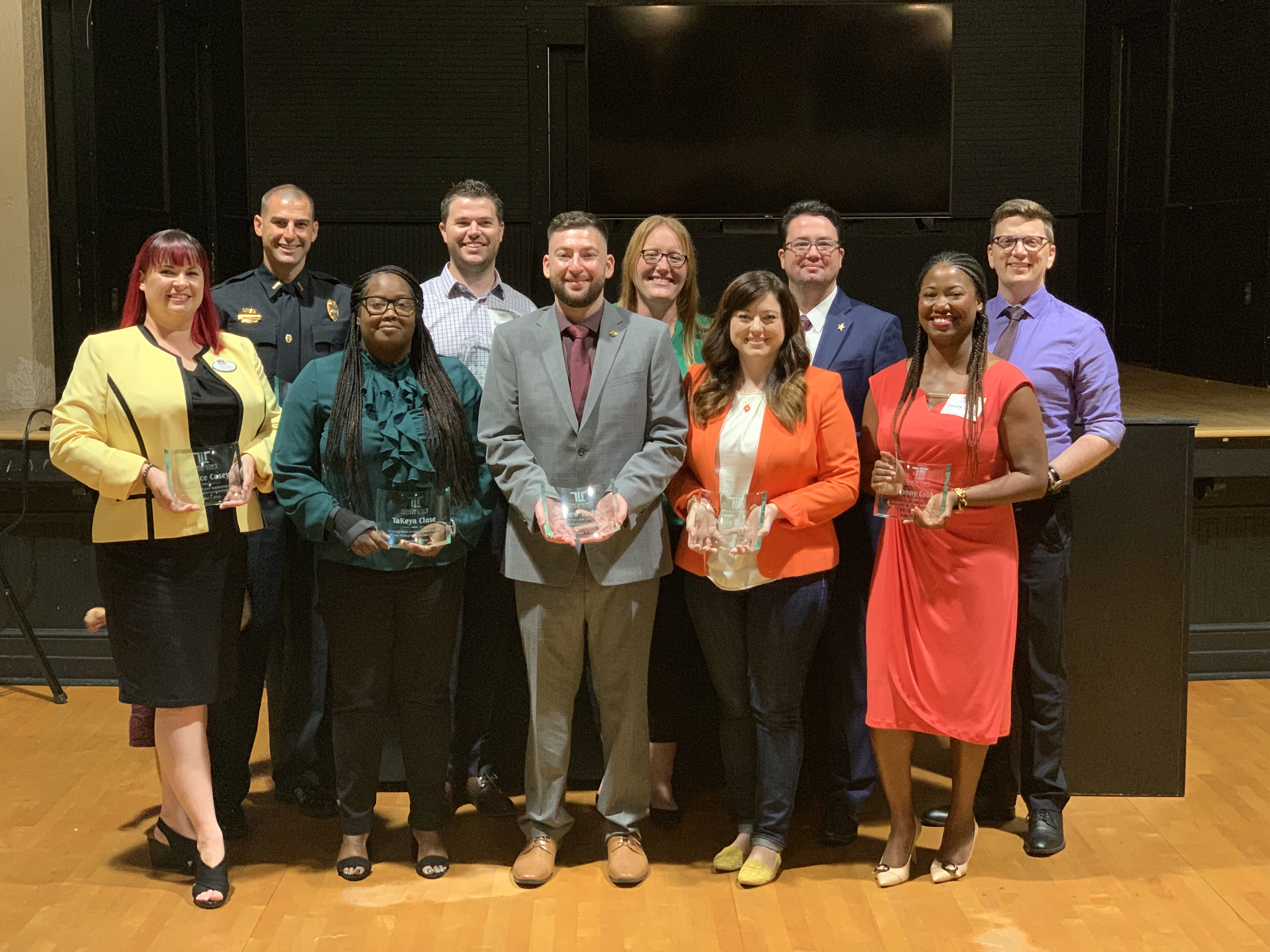 For the second year in a row the Young Professionals of Osceola County, one of the Kissimmee/Osceola County Chamber’s nine area councils, have awarded up-and-coming leaders with the Tomorrow’s Leaders Today award.

Recipients of this award must live or work in Osceola County.  They were nominated by their coworkers, peers, or employers and then asked to complete an extensive application process.  This year’s 10 winners were chosen by a committee of notable community members and their names were announced last month.

On Thursday, November 7th, all ten were honored at a reception held at the Berlinsky Community House in Downtown Kissimmee.  The honorees were as follows:

Will Cooper, Chief Operations Officer at the Community Hope Center

Kelly Trace, owner and founder of REACH and Headquarters Co-working

In addition to these worthy young people, the Young Professionals also presented an award to Tom White and Centennial Bank for being a “Champion” of the YPs since their inception in 2016.